What not to do – lessons in avoiding corporate failure

Considering the slew of negative business news over the past 18 months, there has been a real dearth of corporate failures hitting the headlines recently.

The Corporate Insolvency and Governance Act 2020, which came into force during the pandemic, has provided protection to companies that in previous years would have undoubtedly failed. The furlough scheme and other coronavirus business support measure allowed entire operations to be mothballed during the worst of lockdowns.

As legal protection from creditors and financial support schemes are pared back, the number of companies falling into existential trouble is starting to rise. In July 2021, there were 1094 registered company insolvencies – an increase of 13% on June’s figure, albeit still 24% down on the same figure in 2019.

The number of voluntary liquidations is already back at pre-pandemic levels. However, the overall number is being kept artificially low by the government measures that temporarily restricted statutory demands and winding-up petitions.

Plimsoll, the leading provider of performance ratings and company analysis, rates every company’s financial performance and ability to withstand disruption and unexpected downturns. The recurrent lesson learned in previous economic crises is this; strong companies survive and thrive whereas those already weak are those that fail.

Our graphical and written assessments provide an instant performance rating of Strong, Good, Mediocre, Caution or Danger. Strong companies are best placed to thrive amid a downturn whereas Danger rated companies need to address their problems before the next “unexpected event” arises. Rather than a stick to beat decision-makers, a Plimsoll rating is an early warning that your company is vulnerable and needs to adjust while there is still time.

Economic history is littered with stories of business failure. The board often shift the blame to market conditions or seismic events that buffet the market, wilfully blind to success being achieved elsewhere in their respective market. Over the course of more than three decades, we have seen companies that failed to adapt as well as others and paid a heavy price, as shown in the following examples.

Synseal was a sizeable fenestration and uPVC business that had grown to just over £180m turnover. It posted healthy profit margins in each of the 4 years preceding its final year. The company added over £70m additional revenue in the latest full trading year. However, a non-trading deficit of £18m in the 2017 accounts and trading headwinds saw the business fall into administration. 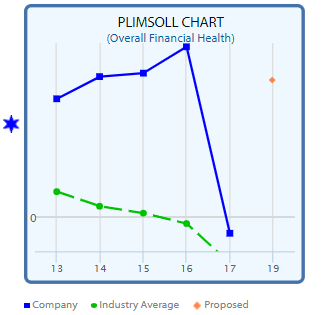 As their Plimsoll chart shows, Synseal had strong financial fundamentals in the years prior to their demise and, assuming the non-trading losses were temporary, an injection of shareholder capital would have rescued the business.

Others in the extrusion market such as Polypipe or Siva Plastics managed to adapt to the same trading challenges and thrive, so why did Synseal collapse so dramatically?

The civil and ground engineering company is a classic and salutary lesson in overtrading and a loss of control on costs or debts. While the company did lose almost £800k due to the collapse of Carillion and unpaid contracts, the problems at the company were much deeper rooted. 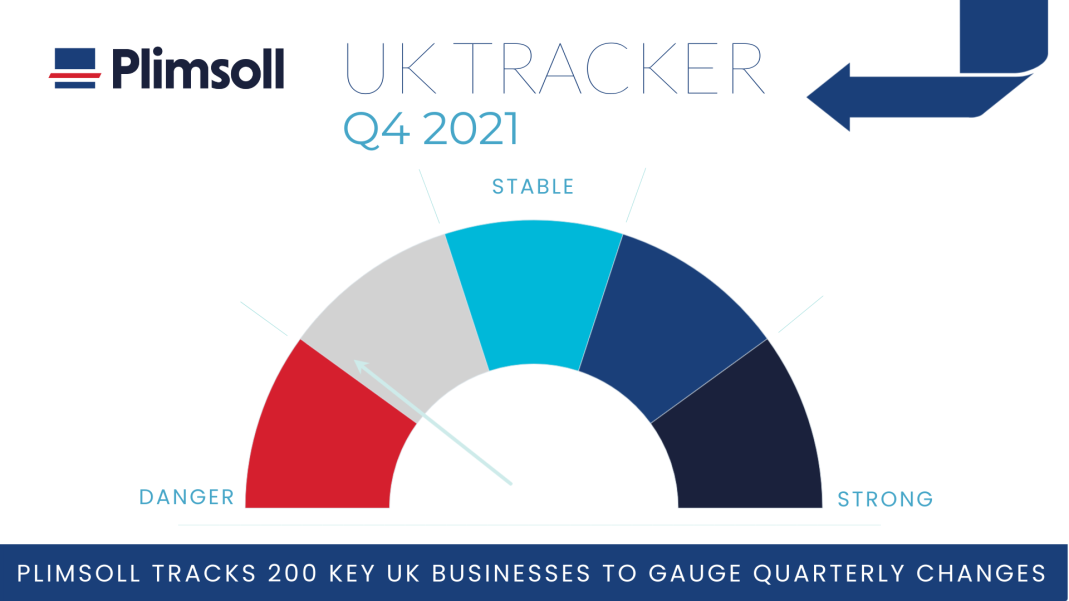 Administrators reported errors in project management and pricing saw the company taking on loss-making contracts - a classic sign of overtrading. As their Plimsoll chart shows, the warning signs were there 2 years prior to their demise. Despite headline-grabbing growth, margins were falling, and debt was rising. Their Plimsoll chart reveals that problems were apparent as far back as 2015 and should have been addressed back then. The failure to fix those problems eventually made the situation untenable and the company failed.

Other companies in the civil engineering market have enjoyed much more success as major projects such as CrossRail, ThamesLink, Midland Mainline possibly HS2 ensure work for decades to come. Other similar-sized businesses in the sector such as Kamm Civil Engineering or Healy’s Civil Engineering are delivering excellent results in a buoyant market.

These are just two examples of companies getting their business model wrong. Their relative markets were not the reason they failed as others have survived and thrived. External factors certainly contributed to their demise. However, management’s failure to prepare their company for unexpected shocks and building in a contingency buffer was ultimately to blame.

Plimsoll provides company leaders with a simple method of stress testing their own business health. Would your business be able to withstand disruption, a loss of a contract, material price inflation and all the other factors that could jeopardise it? One thing history has taught us time and again is that something unexpected always happens, but often only those who went into a period carrying financial weakness were those that fail to come out the other side.

Our unique analysis tools allow you to spot those competitors in your markets that have failed to prepare their business and are vulnerable. In many instances throughout recent history, simply outlasting others in a market can be enough to benefit from the increased capacity failed rivals release into a market.

To see how your company is shaping up and which of your rivals are vulnerable, visit www.plimsoll.uk and search for your industry today.