The retailing lessons McCall’s and Morrisons need to learn

Along with the humble pub and the red telephone box, the corner shop is a quintessentially British institution. However, does recent news that McColls’, the UK’s largest local shop operator, has plunged into administration serve as yet more evidence that times are changing?

Fortunately, McColl’s has been saved and will remain a presence in our local communities. Morrisons’ pre-packaged insolvency deal will see most of the 1100 stores remain operational. It will also protect the jobs of 16,000 employees and the pension pots of the previous staff.

But is McColl’s demise as an independent business a wider warning about the UK retail industry or is it a warning that business models are changing?

The general store retail market has long been one of low margins and high costs. Labour intensive operations and commercial rents often diminish profit returns across the sector, from the major supermarket chains to corner shop operations like McColl’s.

There are, of course, business models that counter the slump in retail performance. B&M and T.J.Morris (Home Bargains) outperform the market considerably. However, such companies are as much distribution businesses as they are retailers. Their outsized economies of scale see them significantly outperform companies like McColl’s:

There is a valid argument that McColl’s retail model is different. While B&M and Home Bargains operate large scale, value offerings, often in retail park settings, McColl’s serves the local convenience markets. But the lessons from the two discount giants are clear. Successful retailing in 2022 means tight control on sales per employee and an ability to return a significant profit on assets employed.

The latest Plimsoll Analysis of the Convenience Stores industry shows McColl’s Retail Plc as a business that has struggled for profit year on year. Sales growth had stalled before the coronavirus hit but recovered during the initial phases of the pandemic.

Similarly, the profit generated from assets dipped in 2019 but recovered thereafter. However, the latest full year of accounts saw the business lose another £5m on top of losses nearing £10m the previous year. 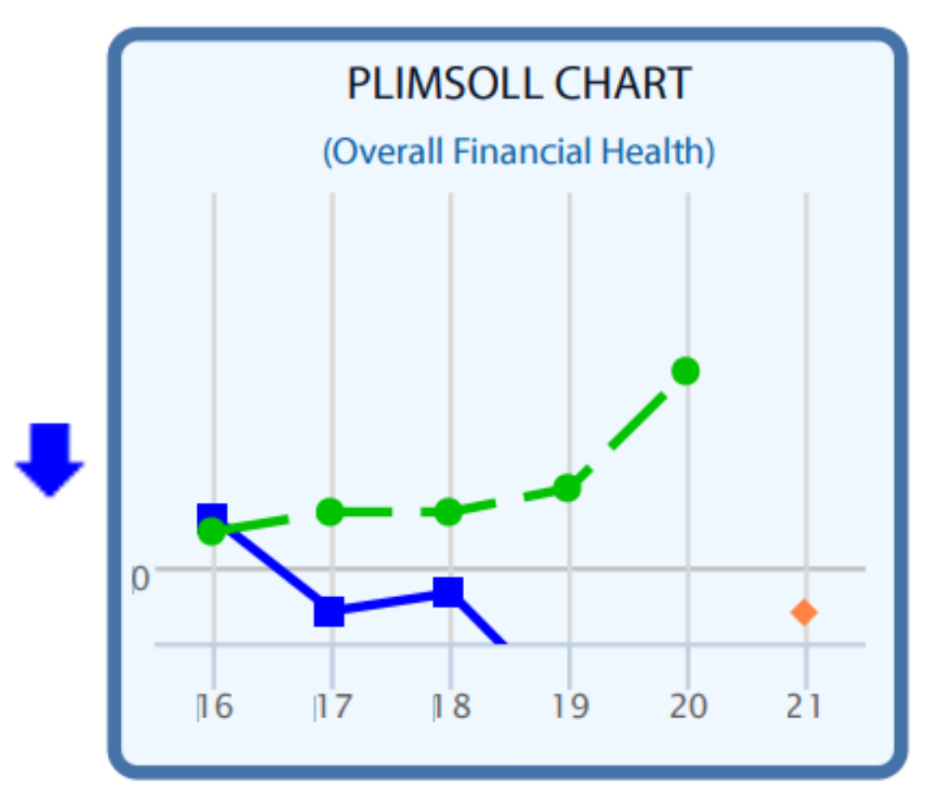 As a result, debts have risen to the point where McColl’s working capital is in severe decline. The company’s ability to pay debts without having to sell fixed assets has become compromised. Debts, held by a consortium of banks, have started to drain the business with £17m worth of interest payments plunging it into a loss.

Most companies following the decline McColl’s have suffered would normally have seen a worsening in their supply situation as suppliers get nervous. However, with new owner Morrisons their longstanding main wholesale supplier, McColl’s has been able to survive a continued decline in liquidity while maintaining business.

Plimsoll has developed a graphical assessment of the performance of any company based on their financial data. The culmination of our individual assessment is the Plimsoll Chart. 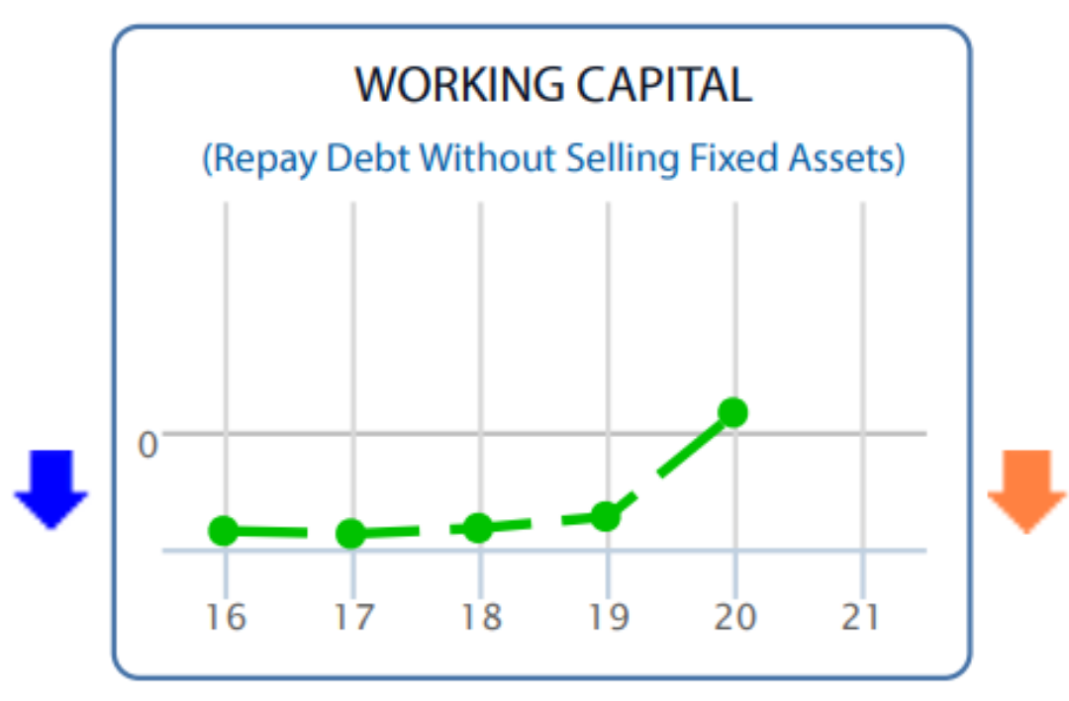 As you can see, McColl’s Plimsoll Chart shows a sustained and steepening decline in overall performance as debts eat into profit and insufficient revenue is generated from 1000 shops and 16000 staff. In order for Morrisons to make a success of their new acquisition, they need a sharp refocus on profitability and productivity. As more McColl’s stores move to Morrison’s Daily livery, watch out for an expansion of automated tilling and other innovations to ensure profitable returns

There is a good business within McColl’s Retail Group Plc despite it long being considered a fairly “unloved stock”. Plimsoll’s latest analysis has developed a post takeover strategy that would increase the value of the business fivefold to just under £400m. That would require a trimming of some roles, an injection of shareholder capital and refinancing of some debts.

The likes of B&M and Home Bargains set the benchmark for general retail and delivering profitable returns. What can the likes of McColl’s and their new parent company learn from these discounting behemoths and their hyper-efficient logistics?

A Plimsoll Analysis provides early indications of changes that need to be made to prevent business failure. Assess how your own business and its performance compares to its peers in concise, easy to read studies. Search for the industry titles we have assessed your company in at www.plimsoll.co.uk